Those little boats are harder to do then you might think,
each time a ship passes and your little friend moves around
like he's teasing you, ... 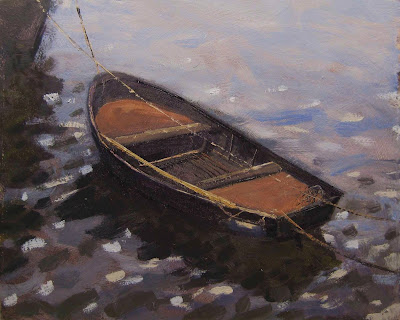 "On the other side." Westervoort, Holland.

There is definitely a heatwave!!
Temps are 34 + dgrC. so early painting is the only
option, ... and late in the afternoon. 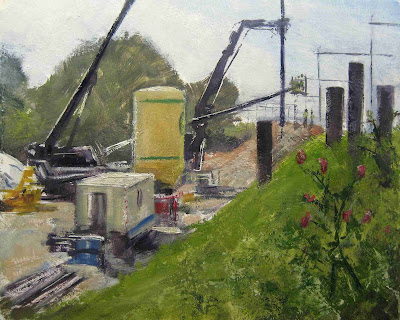 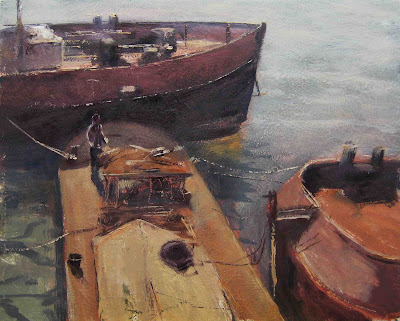 Stayed this weekend in Doetinchem, by my dad.
Had a great time and even got time to paint. 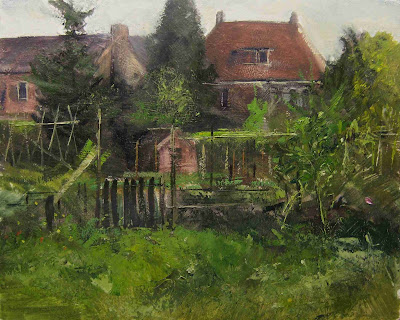 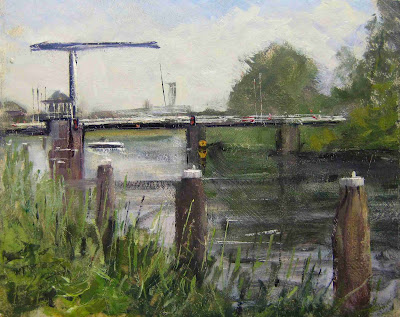 A days painting in Doesburg, Holland

A lovely, strange and surely wet day (in the start)
in Doesburg. Lovely because I maneged to paint two
paintings today, strange because I run into a field with
sheeps which many of them where attack by dogs so it
seemed and where bleeding to death at least 4 where
already dead,several others where injured, it was quiete
a slaughter I called the police and during my break I
discovered that two sheep had been put down by a veterinarian , ...
While I biked back home in the afternoon some sheep's
still where bleeding and laying around, ... strange!

A link > Gelderlander < (only in Dutch, sorry!)

Wet because of the rain, obviously. 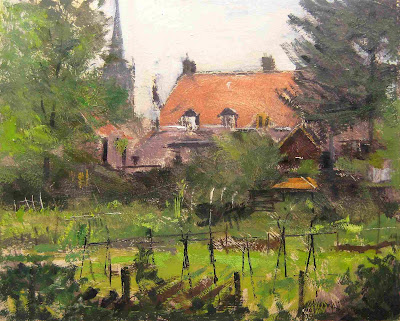 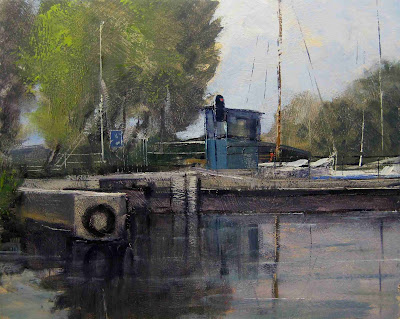 It's growing quiet rapidly our new station,
almost too fast to coupe with pochade and paint. 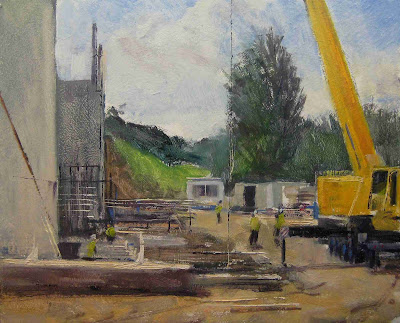 Stayed close to home today, ... lot's of other work. 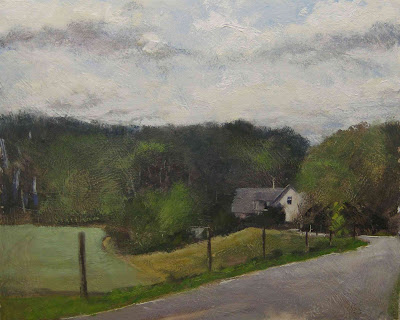 Long time I visit the place where a friend of my is scattered.
It's a gorgeous cemetery and the spot where he's scattered is
soo lovely to paint and relax, although there is some traffic
just behind the trees, ... 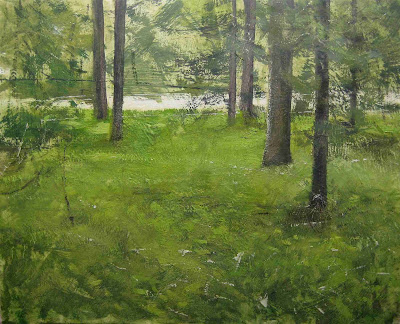 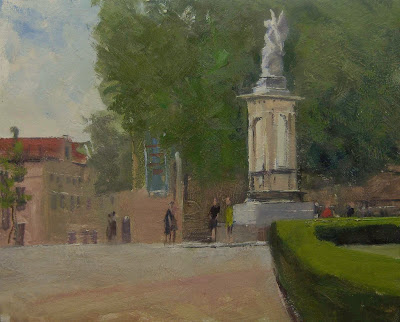 "On the corner." Westervoort, Holland.

Searching for a subject I run into this
little chestnut tree, ... and although I started of
with nice sunshine I had one thunderstorm and
two showers during my session, and no it didn't
take that long, ... about two hours. Anyway this
mend that I had to tweak it a little in the studio. 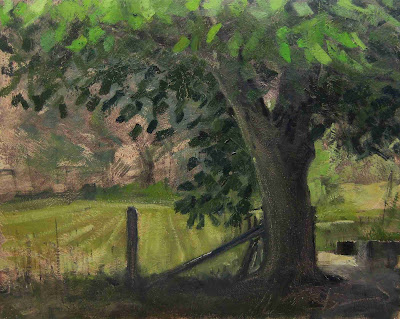 As I told yesterday I am very busy with my Morris
so I thought I show some photo's I took today about
the progress I made. 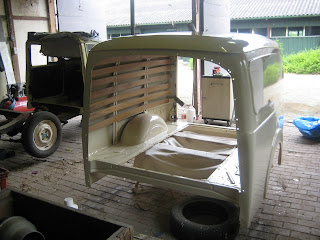 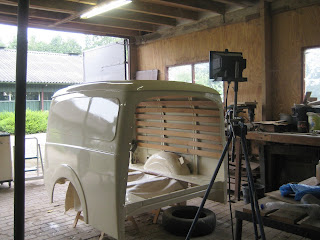 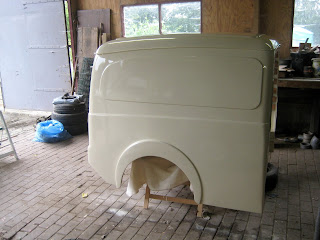 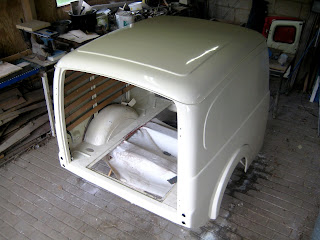 "Working on the boat." Giesbeek, Holland.

Although I am very busy getting my Morris roadworthy end of
this month, I did manege to do this little sketch on the boatyard
in Giesbeek, ... easy prey, as always. 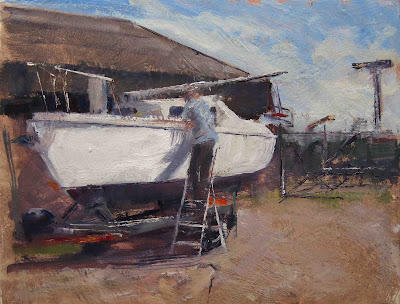 "Behind the small rampart." Doesburg, Holland. 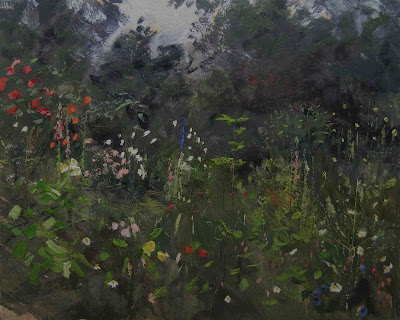 A week without a posting, .. how's that for a change?

Been away for a few days camping, and this weekend painting at
Poelwijk a lovely estate with wonderful gardens!!
It was a awesome weekend, thank you soo much Carla and Koen!! 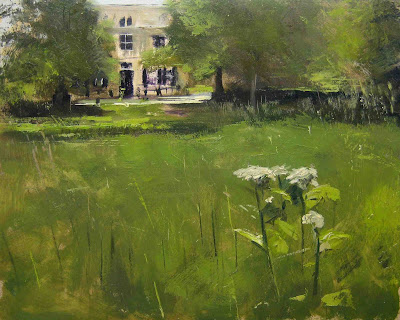 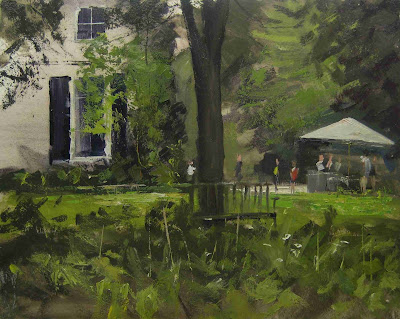 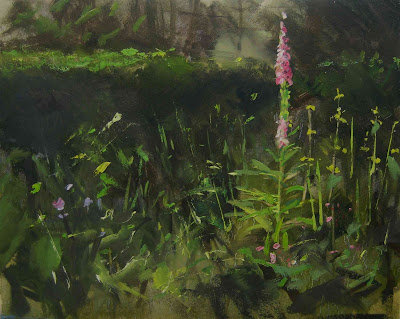 René PleinAir, a Dutch artist very committed to painting every day directly from the subject without significant corrections, glazes or studio refinements. Consequently, René's paintings have a faithfulness to nature and a sense of authenticity which is immediately striking. René documents his surroundings without embellishment.  Despite René's difficult working conditions, there are many painterly subtleties to his oil paintings with interesting brushwork, rubbed, scraped and textured paint and of course, close observation of a great variety of landscape subjects. (Text: Pigyard Gallery in Wexford, Ireland)