Shower all around. Doesburg, The Netherlands

Great day yesterday with the Pictura Gelria group. A Facebook group of painters who paint each week all year round somewhere in the county of Gelderland (a Provence of The Netherlands near the German boarder) Gelderland is the largest Provence of The Netherlands btw. and has soo much to offer. Rivers, Woods historic building ancients city's lot of the foreigners Google on Holland which usually leads them to the west side of our country with the seaside Amsterdam and so on.But in fact your missing the real good stuff cause lots of them are long gone and teared down over there while most of those "oldy" stuff still exist on the more rural part of "Holland"

Anyway, this ones made nearby the river IJssel. High tide which is strange for this time of year it only is there because of the heavy downpour in Germany the last couple of weeks. It's a small work 18 x 24 cm. and more a cloud study I'll reckon. 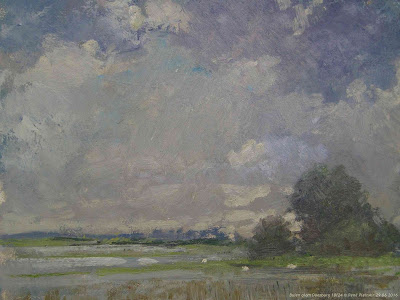 Not as nice as yesterday Slangenburg, The Netherlands

Made yesterday and gone upload it quick cause the sun is out, ... 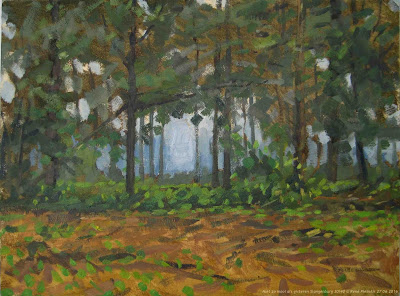 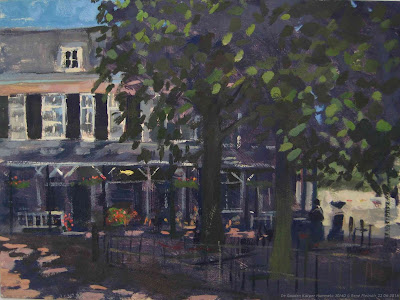 Did this one a few weeks back, ... I noticed I hadn't posted it yet. 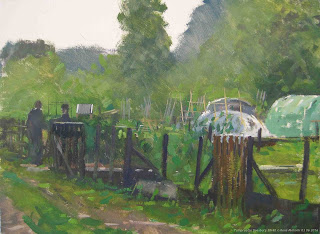 Hogweed for breakfast. Doetinchem, The Netherlands

Nothing beats a nice piece of  giant hog weed before breakfast! ;-) 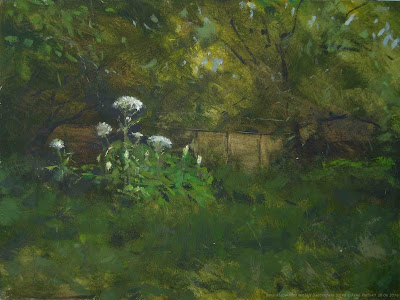 There are some awesome clouds around but also some very heavy downpour so now and then.
Bit tricky all. 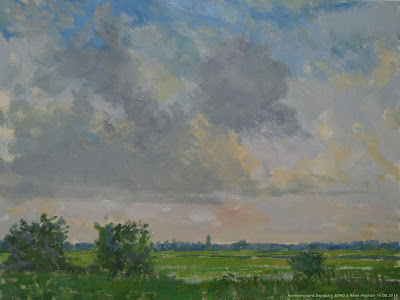 There it comes De Steeg, The Netherlands 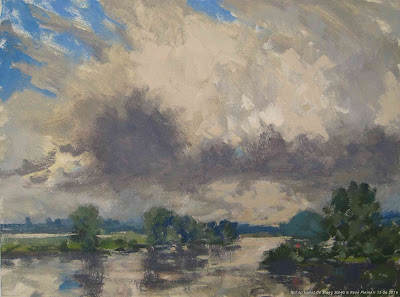 Something else now, ... a watercolour sketch. I wish I was better at it, maybe I should practice more. 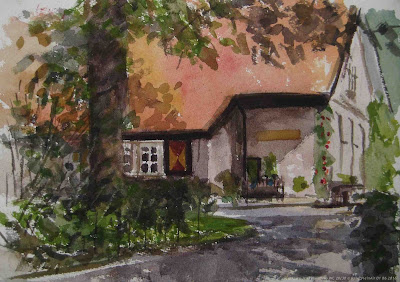 Visited my passed friend Guus this afternoon, ... been so long
that I was there and it's always a good contemplation site and time. 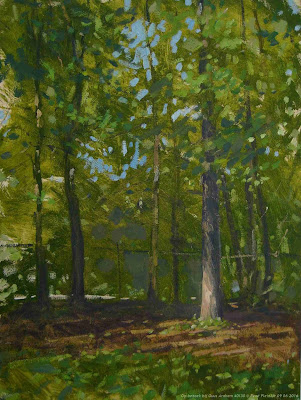 An other great day with the Pictura Gelria group. A weekly painting with a couple of artists
in our neighborhood. Yesterday it was in a normaly closed garden "De Overtuin" organized
by Jan Baggen. 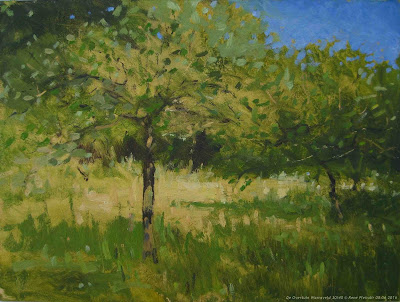 An other farmers clutter, ... with a little luck you still can find those old farms around here. 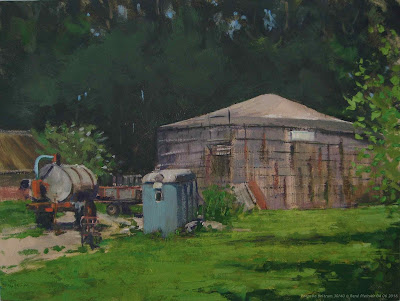 One other from Wednesday paint-out. 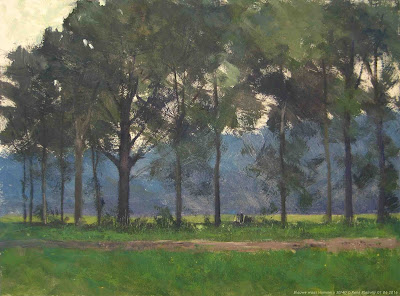 Thinking about Haidee-Jo Summers posting a few days back I thought this might be a good title for my painting.

She is about to release a DVD about her painting btw. A real something to looking forward to.
If you have some money to spend, ... go for it!

Anyhow here's my painting about clutter on a agricultural scale 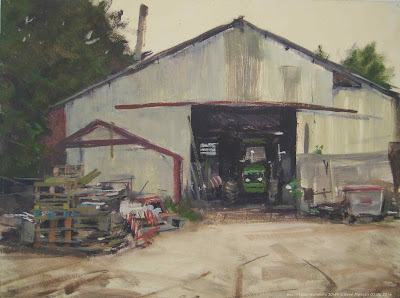